3Q Big Bank Earnings in Review: Wells Fargo at the Top of the Industry 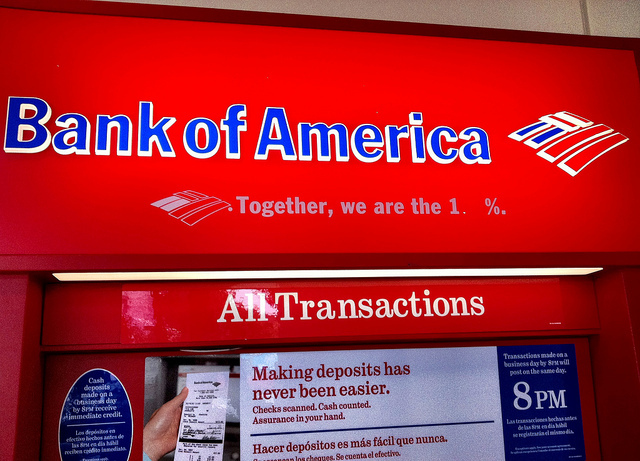 3Q bank earnings weren't the greatest for the big banks in the US.
Photo Credit: Steve Rhodes via Flickr cc

With a continued low-interest climate and the recent economic distress in China and other areas across the pond, investors' fears resulted in major sell-offs and stocks hitting rock bottom.

With the exception of Wells Fargo, the nation's biggest banks recorded lower revenues over the third quarter of 2015 compared to the same time last year.

Wells Fargo took top spot in revenues among the big banks of the US, with profits increasing by one percent over 2Q thanks largely to its spike in total loans and revenue. The bank's revenues for 3Q 2015 were recorded at $21.9 billion, up from $21.2 billion in the third quarter of 2014.

The earnings report came in shortly after Wells Fargo announced a deal to purchase $32 billion in assets and 3,000 employees from General Electric, which is getting rid of the majority of its financial services division. Previous GE purchases have helped the bank boost commercial loans over the past few months.

However, despite a 2 percent increase in total loans, Wells Fargo's net interest margin - which measures the profitability from loans - dropped 0.01 percent from the previous quarter, as interest rates continue to hover around historical lows.

Wells Fargo managed to realize a year-over-year increase in revenue thanks to its addition of $123 billion in interest-earning assets over the year.

Analysts expected slightly better revenues from loans and fees from the banking giant, and a stronger performance overall. In any case, Wells Fargo came out of the financial crisis stronger than the majority of its rivals, with the GE deal putting a spotlight on the financial institution's ability to continue to grow through acquisitions while peers focus on streamlining their business.

The recent GE purchases are the biggest that Wells Fargo has reported in a long time, though it's still considered to be somewhat small for a bank that boasts $1.75 trillion in assets.

The third quarter was not as positive for JPMorgan, with revenues dropping to $22.7 billion, down from $24.5 billion from the same time last year. However, it's important to note that the bank still earned 15 percent on its common equity. 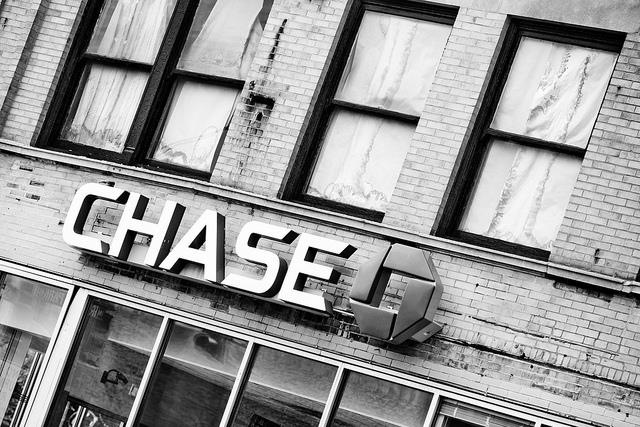 Continued low intent rates and the economic debacle overseas has contributed to lowered revenues among the biggest banks in the country.
Photo Credit: Thomas Hawk via Flickr cc

The New York-based bank started the fourth quarter off with revenue that missed Wall Street's already low expectations as a result of a downturn in its sales and trading division. The major oscillating of the market over August and September pulled investors back from trading in commodities and bonds. JPMorgan cautioned that the trading downtrend has continued in the current quarter.

Revenues were down surrounding continued pressure from extremely low interest rates, finishing 3Q 2015 with $20.7 billion, down from $21.2 billion from the third quarter of 2014. Even still, the results beat analysts' expectations that the banking big-wig would earn closer to revenues of $20.7 billion.

The Charlotte-Based bank's third-quarter earnings were pulled down by a massive $16.65 billion settlement with the Justice Department amid allegations that it deliberately sold unfavorable mortgage securities related to subprime mortgages.

The volatile markets throughout the past couple of quarters rocked another one of the big banks of the US: Goldman Sachs. The banking giant earned $6.9 billion in revenue, or $1.90 a share, down from revenues of $8.4 billion the year before, or $4.57 a share.

These numbers were down from what analysts expected. The decline in revenues came at the heels of continued concerns regarding poor economic growth across the globe, resulting in a reduction in asset prices throughout the quarter.

A sub-par trading environment negatively affected Goldman Sachs' business, which was down 60 percent to $670 million. Goldman Sachs is dependent on trading business to improve revenues, more so than its peers. The challenging market conditions played a key role in the reported 33 percent drop in the bank's fixed-income, commodity trading and currency division.

Banks in the US are clearly suffering from historically low-interest rates that seem to be dragging on forever. This low-interest rate environment is eating into profits that are made on loans. Large financial institutions that make money from buying and selling stocks, bonds and commodities are also going through the ordeal of depressed trading volumes as fears of increasing interest rates and the economic debacle in China loom.

It's more important than ever before for banks and credit unions to team up with experts in the realm of boosting revenues through effective buying and selling of loan portfolios, even amidst economic uncertainty and an extended low-interest environment. At Garnet Capital, this is exactly what we do.

Register for our online portfolio auction system today to learn more about how we can be of service.