Trending Right Now
Excerpt: Banks are responding to the devastation of Houston's Hurricane Harvey with multiple forms of direct aid, including streamlining customers’ ability to make donations, matching employee contributions, and donating large sums, shelter, and supplies to the affected areas. Many banks and other lenders are waiving fees to those hit by the hurricane. Because of the national presence of most of the participating lenders, the effect on their portfolios is expected to be minimal.

The bad news is, the Houston area’s pounding by Hurricane Harvey caused major storm damage and flooding. Repair and recovery will take a long time. The good news for both businesses and people on the ground, though, is that banks and other lenders are responding generously, offering direct aid to those affected and waiving fees. The good news for lenders is that any effect on portfolio performance is expected to be minimal.

Banks are responding with direct aid and fee waivers.

Direct Aid from Banks, Their Customers, and Their Employees

Hurricane Harvey caused an outpouring of donations and aid from people around the country. Banks are participating in charitable donations in multiple ways.

First, many are streamlining the donation process for their customers. A number of banks, including U.S. Bank and Wells Fargo, have set up their ATMs so that customers can donate directly from them. Other banks are setting up their credit cards so that card holders can donate rewards points.

Second, many banks are matching employee donations to help the victims of Hurricane Harvey. Banks who are meeting the donations of their employees include Bank of America, U.S. Bank, and Wells Fargo. 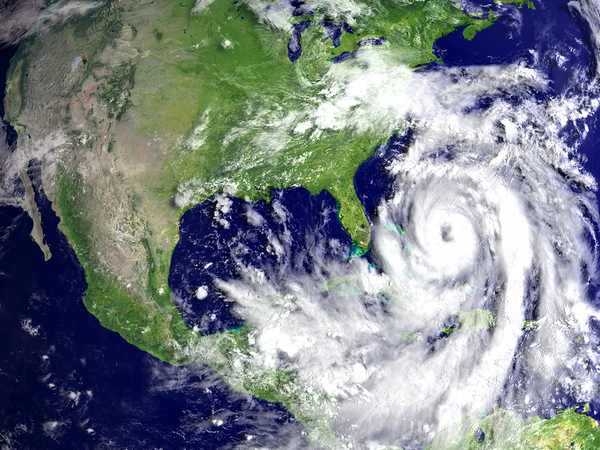 Hurricanes can disrupt the ability of affected businesses and consumers to pay.

Many banks and other lenders are waiving fees for customers in the affected areas. Fee waivers recognize that businesses and consumers may have had their own income, as well as their physical ability to pay, disrupted.

The credit card industry, including American Express and Mastercard, is also waiving some charges for those in the affected area.

Effect on Portfolio Performance Expected to Be Minimal

The aid, donations, and waivers are not expected to have any significant impact on the portfolio performance of the participating banks. The large national banks involved, like U.S. Bank, Bank of America, Wells Fargo, and J.P. Morgan Chase, will feel a minimal impact because the affected area and customers involved are a relatively small part of their overall customer base.

Lenders may see an uptick in delinquencies in the months following the hurricane. However, that impact is also expected to be minimal, as it reflects temporary disruptions and not a long-term economic hardship. Businesses are expected to reopen and consumers to resume jobs.

When a Seasoned Loan Sale Advisor Can Help

In a weak or robust economy, Garnet Capital's seasoned loan sale advisors can help banks of any size and in any area meet their objectives and work toward strong portfolios. For more information, sign up for our newsletter today.