CFPB Arbitration Rule: A Win for Trial Lawyers, Not So Much for Consumers

EXCERPT: The new CFPB arbitration rule is really just a boon to class action lawyers, and not necessarily a benefit to consumers. As such, the U.S. Senate is seeking to overrule it under the Congressional Review Act. 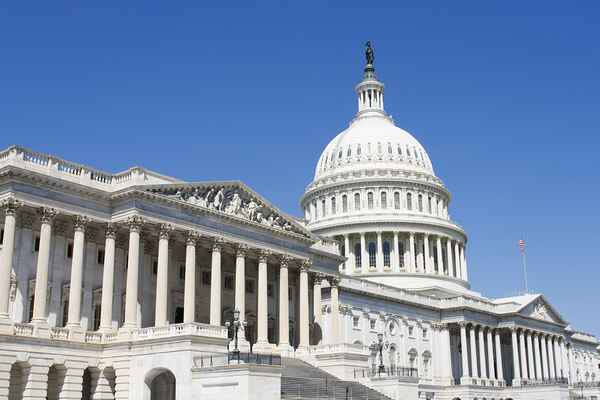 The CFPB recently issued a new rule that would prevent financial companies from depending on arbitration clauses in their contracts and keep consumers from taking class action lawsuits.

The new Consumer Financial Protection Bureau (CFPB) arbitration rule is meeting plenty of criticism and concern since its recent announcement. Critics claim that such a rule will not benefit the American consumer, but rather, will fill the pockets of trial lawyers across the country.

"...the final rule prohibits banks and other covered providers of specific consumer financial products from incorporating or enforcing predispute mandatory arbitration to the extent that the clause bars class or mass actions. In addition, the CFPB banned those entities from using an agreement with a consumer that provides for arbitration of any future dispute between the parties to bar the consumer from filing or participating in a class action concerning the covered consumer financial product or service.

Pursuant to the rule—which permits companies to include arbitration clauses in their contracts as long as they do not prohibit group action—covered entities would also be required to submit certain records to the CFPB, including initial claims and counterclaims, answers, and awards issued in arbitration."

Who Does the New CFPB Rule Benefit?

Many contracts that involve consumer financial products such as bank accounts and credit cards contain arbitration clauses that block consumers from teaming up with each other to take their bank to court for any violations.

The bureau's new rule will reinstate the right of consumers to join forces to fight any company wrongdoings and seek damages through class action lawsuits.

Yet the ambiguous way in which the CFPB composes its motion as one that will control arbitrations is overshadowed by actual, documented numbers. In actuality, the proposal appears to be drafted in such a way that it endorses class action lawsuits, which is precisely what the trial bar wants.

The U.S. House of Representatives voted to block the controversial new rule via the Congressional Review Act. Under this act, the Senate can overturn a number of rules issued by federal entities, including the recent CFPB proposal.

While the CFPB made an attempt to explain how court proceedings would be more beneficial compared to arbitration, the real figures speak for themselves. It has been proven that trial lawyers stand to profit $1 million per court case compared to a mere $32 in class action awards that the 4 percent of consumers who go through with such proceedings ever see.

The CFPB arbitration rule is nothing more than a benefit to class action lawyers who would stand to make millions of dollars in court, and not an advantage to consumers.

Where Does the Concern of the CFPB Lie?

The truth is, most consumer claims are not eligible for class action suits. In addition, consumers would be spending a lot more in lawyer fees than they would ever see in successfully awarded damages if they go it alone in court. For this reason, consumers often seek out arbitration, which is far less time-consuming and is much easier on the wallet.

Despite its own conclusion, the Bureau still proposed to control arbitration action, though there is zero mention of how abstraction actually operates.

The primary goal of the Bureau is to ensure consumer protection in the financial sector. As such, it should be diligent in upholding the protection of the American consumer and avoid finalizing a rule that would do nothing more than make rich trial lawyers richer.

At the end of the day, the CFPB will either protect consumers - as it was created and designed to do - by continuing to make arbitration available or pad the pockets of trial lawyers.

Optimizing Loan Portfolios Amidst of a Complex Financial Sector

The modern day financial industry has undergone incredible change and a certain amount of stress over the past decade; this latest CFPB rule is just one of many issues that comprise this increasingly complex sector. Now is as good a time as ever for banks to optimize their loan portfolios with the assistance of a seasoned loan sale advisor.

At Garnet Capital, we can help financial institutions of all asset classes make the right sale and acquisition decisions while formulating viable partnerships that will result in profitable loan assets that will continue to be fruitful with little risk.

Keep abreast of the ongoings of the financial sector and how they affect your entity; browse our white papers today.