Cultural Changes in the Banking Industry 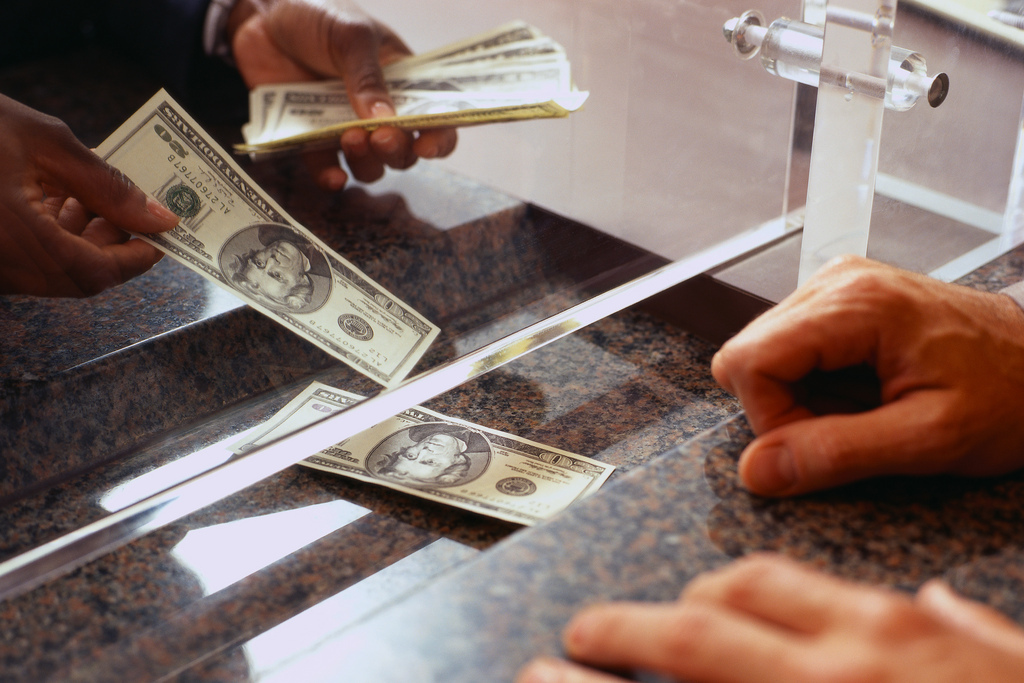 Improving the morale and profitability of a financial institution is less about control and more about promoting culture.
Photo Credit: Myfuture.com via Flickr cc

Let's face it: the financial catastrophe that started back in 2007 did little for the morale in the banking sector.

Following this crisis, bank regulators began focusing on ways to improve the overall culture in the industry while taking efforts to reduce further risk.

But what exactly is the ideal culture in the financial industry? We're still navigating these waters. And it doesn't help that different regulating bodies see the right type of culture in a different light.

What can be agreed upon, however, is the fact that a positive culture encourages positive behavior among those within an entity. In the absence of actual regulations, it is culture that governs behavior.

But the powers-that-be need to be careful about taking a "top down" approach to influencing culture within financial institutions. In fact, it's not really culture at all that is being created in this case, but rather an environment of control.

Of course, measures should be taken to ensure that regulations and policies are followed to avoid any encroachments of laws. But paying attention to the health of an entity's culture matters. A negative culture in banking encourages bad behavior, which is a populist view of the banking industry being promulgated in the mainstream media.

The level of trust that the average American consumer has in the banking industry is lacking in our current times, which is a detrimental thing for US banks. Without trust from the general public, banks will have a tougher time obtaining and retaining customers, especially with alternative banking options that are popping up everywhere these days and offering consumers other options.

Re-establishing this level of trust among American consumers is not only economically crucial, it's also an obligation.

In the years leading up to the financial crisis in the US, obtaining financing for real estate purchases was as easy as ever. Credit terms were lax, interest rates were affordable, and funds were flowing. Investors pounced on these ideal terms and snatched up pre-construction real estate by the boat-load in an effort to capitalize on lower pre-sale prices and then flip the property.

Plenty of investors made a handsome profit after flipping these properties once they were fully constructed, or at least near completion. Such an environment sparked a boom in the housing market, albeit a short-lived one. At the same time, the lenient lending practices and debt-backed financing inevitably came down hard on investors and the market as a whole.

The homeownership rate in the US went from 64 percent in 1994 all the way to a high of over 69 percent by 2004 thanks to the subprime lending practices that were rampant in those days. Housing demand was up, and so were property prices. In fact, the average home in the US spiked by 124 percent from 1997 to 2006, and the national median house price ratio reached 4.0 times the median household income. Household debt in the country was reaching dangerously high levels, leading to a housing bubble that would eventually burst.

Yet despite such rising debt, Americans continued to spend more and save less. The liquid cash that consumers were using against their home equity skyrocketed from $627 billion in 2001 to $1,428 billion in 2005, and mortgage debt across the nation nearly doubled between 2001 and 2007 despite idle wages.

Such terms provided the ideal backdrop for what eventually became an explosion of home construction, and inevitably an overabundance of unsold properties. The result? A peak and eventual drop in housing prices by the end of 2006. 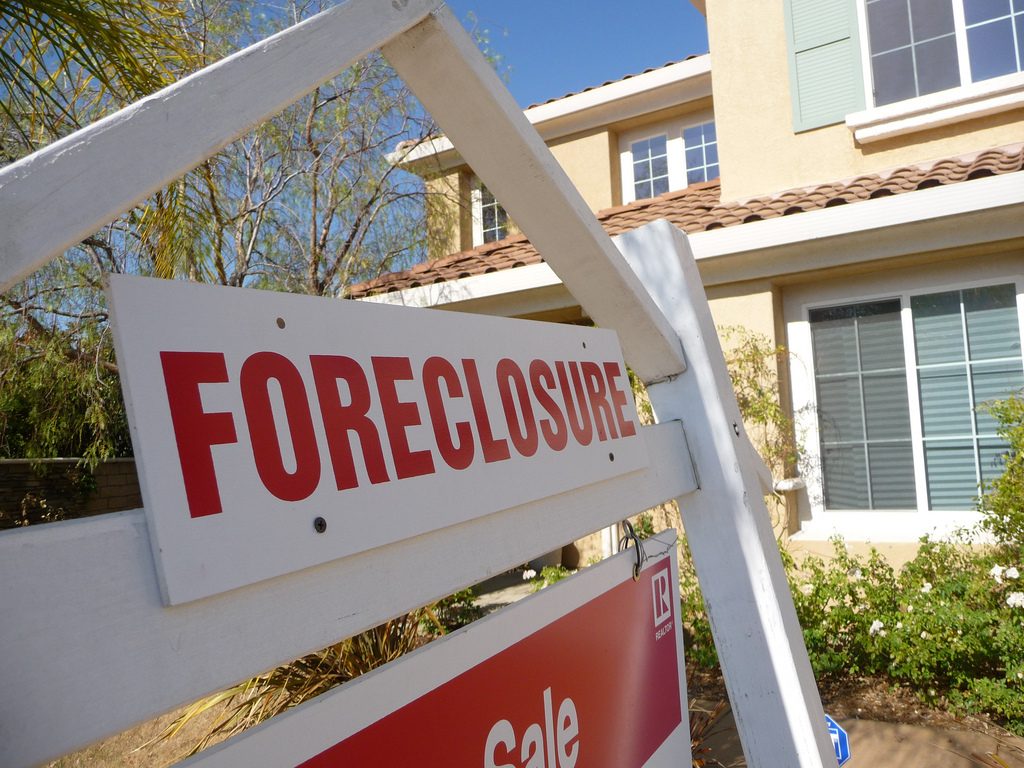 The subprime mortgage environment in the early 2000s played a key role in the economic breakdown in 2007.
Photo Credit: Basic Gov via Flickr cc

Over-zealous subprime borrowers were mesmerized by the easy financing, and continued to snag adjustable-rate mortgages at low rates for a certain time period, followed by market rates for the rest of the financing term. And if they couldn't afford the market interest rates after this initial period, they'd just refinance.

But it wasn't as easy as they initially thought. Once the prices of homes started falling, refinancing became nearly impossible, and mortgage defaults were on the rise. And with mortgage defaults come foreclosures, along with an increase in supply. It's a brutal cycle that becomes increasingly difficult to curtail as housing prices continue to drop and therefore, shave home equity.

By the fall of 2008, the average price of homes in the US declined by more than 20 percent from its peak in 2006. Many homeowners in the country found themselves with no more equity left in their properties, if not negative equity. In fact, nearly a quarter of all homes in the US were actually worth less than their mortgages by the end of 2010.

The subprime mortgage dilemma was largely due to unsubstantiated borrowing among consumers who were enticed by the attractive lending environment in the late 1990s and early 2000s. Almost 40 percent of properties purchased were for investment purposes or secondary properties, rather than as primary residences. Investment property sales eventually fell a lot faster than the primary market.

During the housing boom of this era, homes and condos were widely being bought while still under construction, then flipped for a profit without ever being lived in by the original purchaser. Such activity didn't come without risk, though investors continued to take up leveraged roles in a number of these kinds of properties.

Putting down as little as 5 percent towards a deposit might allow investors to enter a deal in real estate, but it can easily turn sour on a dime if the real estate market enters a downturn. This is especially dangerous when entering a pre-construction deal where the final product won't be ready for a few years down the line.

In the meantime, anything can happen in the market. Investors who entered a number of pre-construction deals easily and quickly experienced monumental loss in a declining market.

Sure, plenty of investors made a killing on pre-construction flips when the market was on an upswing. But gambling on the market for the long term can land even the most seasoned investors in hot water. And that's precisely what happened in many parts of the country.

Speculative borrowing leads to an increase in debt and an inevitable drop in asset values, as was certainly the case in the financial catastrophe in 2007.

Obviously, regulations had to tighten in the aftermath of the housing bubble and inevitable economic crisis in the 2000s. But while rules are being put in place to strengthen the financial industry and protect it from potential ruins anytime soon, it's important for the culture within the banking realm be nurtured and improved both from the perspective of consumers, and those within the banking industry itself.

After all, a positive culture breeds a stronger likelihood of profitability. And at Garnet Capital, we're well aware of this fact.

We at Garnet Capital have extensive experience providing banking institutions of all kinds with helpful valuation and loan sale advice. We've helped countless clients buy and sell loans in every type of economy imaginable, including busts. We've assisted financial institutions in the realm of becoming successful and maintaining profitability, and we can do the same for you while ensuring the culture within your institution remains positive.

To find out how we can help breed a positive culture in your financial institution and make it a profitable one through sound loan portfolio acquisitions and sales, browse our white papers today.