Funds Are Lowering Their Exposure in Anticipation of an Economic Slowdown

EXCERPT:  With the cycle coming to a close, lenders, fund managers, and investors are prepping for the next recession. And to do that, they are making efforts to reduce their exposure to distressed and delinquent assets.

With a global recession on the horizon, many fund firms are taking steps to hedge against risk.

The realm of distressed assets has been expanding as heightened global economic uncertainty looms, along with continued tensions between the US and China as a result of the ongoing trade war. Lenders and fund firms with over-leveraged balance sheets need a plan in place to hedge against risk, and many are minimizing their exposure as an economic slowdown seems possible as we approach the end of the cycle, despite a currently stable economic outlook.

With the potential for an upcoming recession on the table, lenders, fund managers, investors, and private equity firms are priming for an increase in distressed debt funds. Even if a recession isn't imminent over the next few months, many are still expecting one, and as such, preparations are underway among many firms to get ready for it when it finally does materialize.

Increase in Delinquencies Prompts Firms to Hedge Against Risk

There have been some signs of increasing stress, including an uptick in delinquent consumer loans, particularly in the auto loan department. In fact, the share of Americans making late auto loan payments has recently increased to its highest level in almost eight years. In Q3 2019, 2.43 percent of consumers with indirect car loans were at least 30 days late on their payments.

Corporate debt has also been on the rise, and many interest-only loans are approaching their due dates or are being converted into amortized payments in an effort to ward off any risk of borrowers being unable to meet their payment deadlines. Shaky ground like this can give way at any moment. 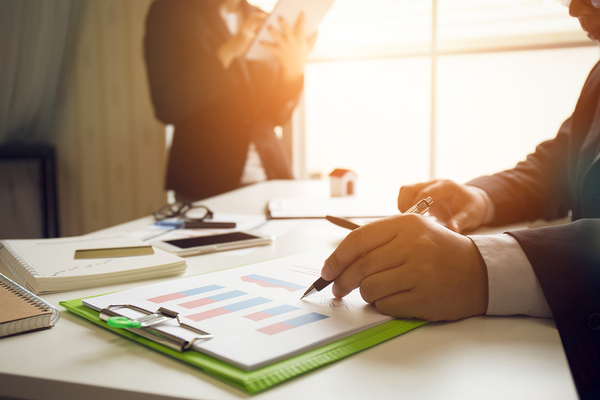 Lenders, fund firms, and financial institutions are encouraged to revisit their loan portfolios to ward off risk in the event of an economic downturn.

Withdrawals From Funds Being Limited

Some hedge funds are dealing with client redemptions and are limiting the amount of money that can be withdrawn from a fund. Southpaw Asset Management, for one, did not allowing clients to withdraw all money requested for year-end. In response to the downward pressure that investors in distressed assets are under, funds are setting up barriers that will cap withdrawals from a fund.

According to Southpaw, its investment strategy has been facing pressure as a result of continued economic expansion, reduced liquidity, and an overhaul of the hedge-fund industry. In response to these events, the asset management firm has decided that allowing full withdrawal requests in today's market would be detrimental to investors.

Some of the distressed funds are also coming from pension plans. In 2020, pension funds will increasingly be allocated to hedge funds thanks to continued low interest rates and credit spreads, according to hedge fund consulting company Agecroft Partners.

The reason is simple: fund chiefs want to minimize their exposure to low-yielding fixed income. With hedge funds in place, firms can diversify their portfolios and protect themselves during an economic downturn.

Lenders and Financial Institutions Encouraged to Hedge Against Risk

In an effort to protect their assets, banks and lenders are encouraged to revisit their loan portfolios to ensure adequate diversification. Risky long-term loans should be identified and sold off. And in their place, sound short-term assets should be acquired.

Garnet Capital can help facilitate the sale and acquisition of loan assets to help create a more robust portfolio that is able to withstand the pressures of a potential economic downturn.